On 23 January, 2014, 211 European organizations co-signed a letter to the European Commission, urging the Commission to finally intervene in the cruel treatment of dogs in Romania. 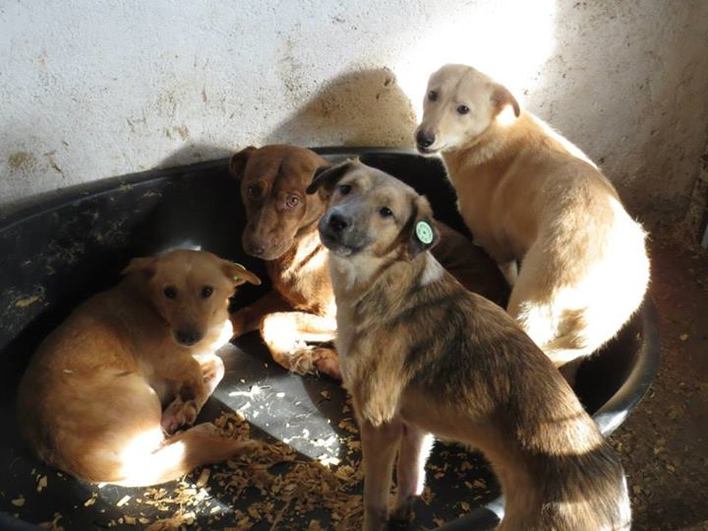 The letter demonstrates clearly that the European Commission has the legal competence – and a legal duty - to intervene.

According to independent legal research, a solid legal basis for an intervention already exists under Article 13 (Animal Welfare) and - in particular - Article 168 (Public Health) of the Treaty on the Functioning of the European Union. Other relevant pieces of EU legislation include, among others, Council Decision 2009/470/EC and Commission Decision 2008/341/EC governing the criteria of EU financial assistance to member states.

The letter sets out, from a legal point of view, selected options to establish legal competence for the EU Commission – at last – to take action in this matter.

In the letter, Romania’s current dog population control policy will be referred to as “Catch & Kill”, in order to reflect its essential implications. Yet, on the face of it, the wording of Romanian legislation is comparable to legislation in a number of other countries. In our view, it would not be appropriate to defend an inhumane policy disguised by way of a purely “cosmetic” piece of legislation. Romania has decided to implement dog population control by way of removing hundreds of thousands of dogs. Whereas financing, facilities and new homes are not, in practice, available to accommodate the high number of dogs, the essential content of the policy is indeed “Catch & Kill”.

Of particular relevance to public health are zoonotic diseases (animal diseases transmittable to human beings), notably Rabies and Echinococcus Multilocularis. Important lump sums are, every year, granted by the EU to Romania to co-finance its Rabies Eradication Programme. For the year 2013 alone, a maximum of six million euros was committed to be paid out to Romania. Romania has received EU funds for rabies eradication since the year 2007, and its current Rabies Eradication Program runs for a total of ten years (2011 – 2021).

Even in circumstances where wildlife (such as the fox) is a primary host of the rabies virus, the need to control rabies in dogs remains of major relevance. This is because the dog, due to its proximity to people, remains the closest point of contact between the disease and human beings (especially children). In more than 99% of all cases of human rabies, the virus is transmitted via dogs. Therefore, eliminating rabies in dogs is the key to preventing the disease in people.

By way of a condition in the Rabies Eradication Programme, Romania has promised to control its dog population. Romania is in the process of implementing dog population control by way of killing. Killing is an expensive and ineffective method, because the removed dogs are soon replaced by new fertile dogs. However, EU law calls for the use of effective and cost-effective methods. Romania’s actions are in breach of EU law and ineligible for EU funding.

As long as the Commission tolerates this disguised Catch & Kill programme as a method of dog population control, Romania’s efforts to control its surplus dog population will continue to fail at huge expense to the taxpayer.

Dog population control is explicitly listed among the measures to be carried out under the Programme. In fact, in Romania, Article 1 of the recently-adopted Methodological Norms (enabling the killing of the dogs in practice) clarifies as follows:

The Methodological Norms (the killing norms) were adopted to fight rabies and protect human health, and killing is NOW taking place across the country. Often this is death by grotesque means. Encouraged by governmental exhortation, this is being enacted in the streets, in shelters, in the fields and in the woodlands.

Below, you can read the entire letter, followed by the list of signatories.