The EU-Commission, along with the Parliament and the Council, are aware of the continued failure of the Romanian government to find a sustainable and humane solution to the problem of surplus dogs in Romania. The utmost cruelty practiced on a daily basis in various parts of Romania in the name of “euthanasia” of dogs is in flagrant breach of European values and of a number of international obligations binding on Romania.

The inability of the EU Commission, so far, to come up with a credible solution has caused citizens of many EU countries to question the entire justification of the existing EU legal framework. In particular, it goes beyond the limits of imagination of a growing number of EU citizens that Romania, a country receiving millions of euros of financial assistance from other EU countries every year is, at the same time, “entitled” to completely disregard a set of European values. Such values are enshrined in Article 13 of the Treaty on the Functioning of the European Union (“TFEU”), acknowledging animals as sentient beings.

By now, it is clear that Romania, an EU Member State, remains unable to solve – in a sustainable and humane fashion – an issue that has been successfully solved in a number of less developed countries. Effective handling of the free-roaming dog population issue calls for measures in line with international best practice.

According to independent legal research, the EU Commission has legal competence to intervene in the ongoing cruelties directed at Romania’s surplus dog population. The legal competence is not based on animal welfare, but public health.

Romania’s rabies eradication program is co-financed by the EU. The “control of the population of dogs” was explicitly listed among the measures agreed to be implemented under the program. In fact, in Romania, Article 1 of the recently-adopted Methodological Norms (enabling the culling of the dogs in practice) clarifies as follows:

Whereas financing, facilities and new homes are not, in practice, available to accommodate the high number of dogs, the essential content of the policy will mean killing the dogs ("Catch & Kill").

A “Catch & Kill" policy will not work because it is aimed at the wrong target. Stray, feral dogs are not the source of the problem. The dog flourishes only in the company of human beings; accordingly, feral dogs are the least reproductively successful. In contrast, the offspring of kept or owned dogs (whether family dogs or neighbourhood dogs) often survive. The latter are the source of the next generation of unsupervised “street” dogs.

Under Commission Decision 2008/341/EC, Annex, Article 7 thereof, the tools and measures selected shall be used “in the most cost-effective manner”. The WHO Guidelines for Dog Population Management state as follows:

The dog management business is a lucrative way for private businessmen in a number of Romanian cities to avail themselves of public funds indefinitely. Typically, these private companies are on good personal terms with local politicians and may sponsor political parties or individual mayors. Due to the multi-million euro nature of the dog management business in Romania and their vested interests therein, these private businessmen have no incentive whatsoever to support a permanent reduction of the unsupervised dog population. A “Neuter, Vaccinate & Return” policy would render their business model obsolete in just a few years, whereas a continuation of the “Catch & Kill” policy will safeguard a constant supply of “raw material” and business income for the years to come. Unfortunately, dog population mismanagement perfectly illustrates certain well-known weaknesses in current Romanian society and administration.

Accordingly, “Catch & Kill” can under no circumstances be regarded a cost-effective measure, as it is much more expensive than “Neuter, Vaccinate & Return”, does not address the root of the problem or bring permanent results. On the contrary, “Catch & Kill” constitutes a Carte Blanche for private businessmen to keep availing themselves of public funds indefinitely. Consequently, the current method of dog population management in Romania violates Commission Decision 2008/341/EC.

Therefore, until “Catch & Kill” is replaced with dog population control methods in accordance with international best practice, the Programme is not in compliance with Commission Decision 2008/341/EC and, accordingly, is not legally eligible for co-funding from EU funds.

Furthermore, the burden of proof is on the Commission when it claims that EU funds granted to Romania under other programs are not being used - directly or indirectly - to fund Romania’s large-scale dog management business, enriching private businessmen operating as contractors to local administrations.

Please read the entire letter which has been sent 23rd of January, 2014 to the European Commission, the European Court of Auditors, the Intergroup on the Welfare and Conservation of Animals, and DG SANCO, including our conclusions and proposal, as well as the list of European organizations who co-signed this letter on the next page. 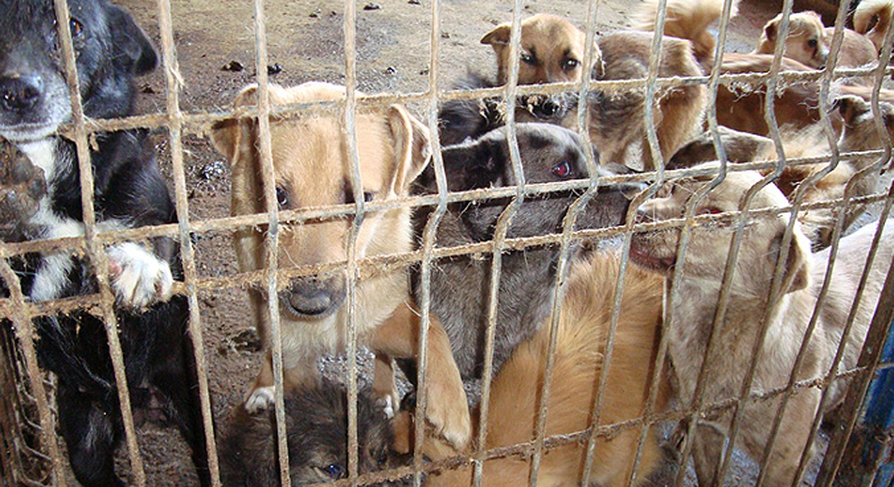